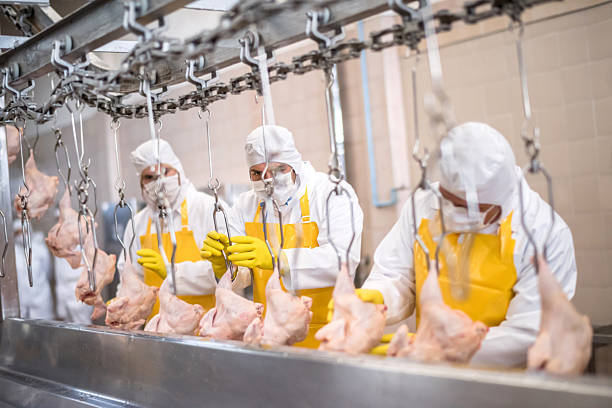 One industry that can see some fairly severe workplace injuries is the poultry processing industry. So, a poultry worker’s life can be greatly impacted when they are subjected to an accident at work. Given this, what workers’ comp benefits they could have access to can be a significant issue for hurt poultry workers.

Given the harms that can come out of workplace injuries in the poultry processing industry, it may not be surprising that safety issues can be a major player in debates related to this industry.

One debate that is currently occurring regarding this industry is a debate over line speeds. Under current federal regulations, the maximum speed lines at poultry processing plants can run at here in the U.S. is 140 birds per minute. The debate is over whether this maximum allowed speed should be raised.

Worker safety is among the main issues raised by opponents of raising line speeds. Such opponents claim that there are already precarious aspects to the safety situation at U.S. poultry plants. They argue that, given this, raising line speeds could up safety risks to poultry workers.

Proponents of raising line speeds, meanwhile, argue that examples from other countries show that faster line speeds can be run while giving due regard to safety. They further argue that line speed increases could help U.S. poultry companies with staying competitive when it comes to the global market.

Among those who have joined this debate are members of Congress. One member has been calling for an increase to the line speed maximum. Others have gotten behind a recent letter discouraging such an increase.

One wonders what will happen with this debate and what implications it will ultimately have on federal policy related to line speeds and the overall safety conversation surrounding the poultry industry.