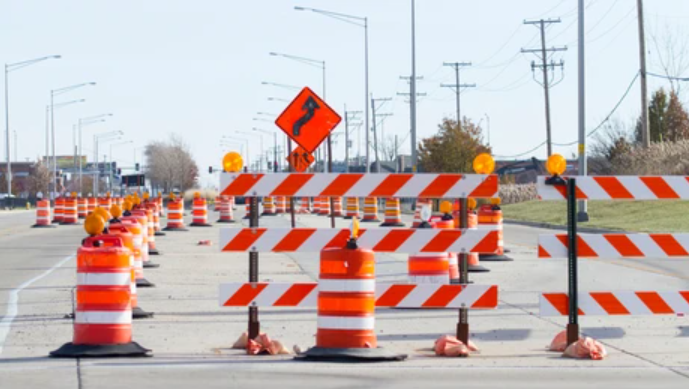 Work zones can be deadly for both the employees inside them and the ones driving past them. Despite various efforts at the state level, California has not seen a significant drop in work zone fatalities, and this holds for the rest of nation as well.

According to the Bureau of Labor Statistics, which analyzed work zone deaths between 2003 and 2018, an average of 123 workers die in work zones every year. The National Highway Traffic Safety Administration says the average comes to 745 fatalities each year if non-workers are included.

Many people die in work zones as a result of incidents that involve interior and exterior vehicles. The Center for Construction Training and Research analyzed 267 vehicle-related incidents that were reported between 2011 and 2016 and found that the majority (61.4%) were caused by forward-moving vehicles. Intrusions, where exterior vehicles enter the work zone, were largely to blame.
A significant portion (24.7%) were due to backover incidents. These are incidents where work equipment backs into and strikes a worker.

How to improve work zone safety

To avoid such incidents, construction site owners can do several things. First, they should make sure employees wear high-visibility clothing in compliance with ANSI/ISEA standards. They should consider a traffic control plan. Rather than having human beings control traffic, they could set up Automated Flagger Assistance Devices. Queue warning systems are another worthwhile investment as they let drivers know what to expect ahead of time. Some employees should be designated as spotters so that equipment operators don’t run into anyone in their blind spots. Also, operators should perform a “circle check” before starting their equipment.

These and other precautions cannot necessarily prevent all accidents. Fortunately, injured workers can be eligible for benefits under workers’ compensation law. Immigrants, regardless of their status, are eligible as well in this state. Of course, employers do have the right to deny payment, so you may want a lawyer to help you through this trying time.