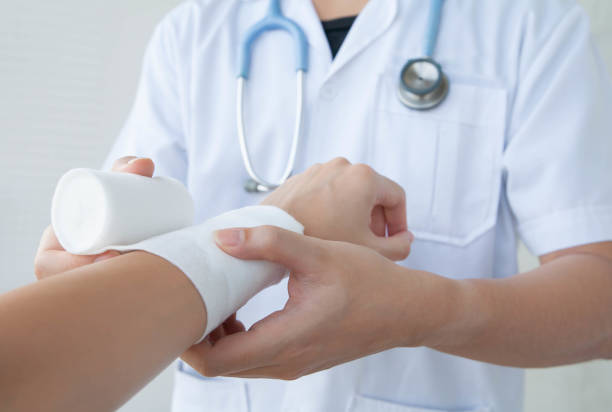 One of the injuries a California resident might sustain on the job is a burn. This kind of wound can be serious depending on its severity and it is important for people to know what to do if they incur this injury.

People might receive a burn in many circumstances. The Mayo Clinic says that steam and hot liquids can cause burns, and someone might also incur this wound from an electrical current. Some chemicals, such as acids, might burn workers if they are not handled properly and hot objects can also cause this injury. There are three types of burns a person might incur. Third-degree burns are the most serious because these typically damage both layers of a person’s skin, as well as the underlying fatty layer. People might have nerve damage and their burn might have a brown or black appearance. A second-degree burn generally harms both layers of skin. This kind of burn might blister and swell. If a person receives a first-degree burn, he or she sustains harm to the top layer of skin. While the burn might hurt and have a red appearance, there is typically no significant damage.

If someone sustains a burn at work, it is important for both this person and his or her co-workers to take action. According to the Mayo Clinic, people should determine the severity of the burn. If the affected area is small and red, people can typically treat this burn themselves. However, if the burn is large and deep and has changed the appearance of the person’s skin, it is a good idea for someone to call medical professionals. People can usually treat minor burns by running cool water over the affected area. It is also a good idea to put lotion with aloe vera over the burn after it cools. Additionally, people should generally put a loose bandage over the burn.

More serious burns typically need medical care. After someone calls for medical assistance, people should take belts and jewelry off the person who has received the burn. This is because a burn causes the skin to swell. Co-workers should generally elevate the wound so it is above a person’s heart level. Instead of using water to cool a serious burn, it is a good idea to cover this injury with a cool cloth or bandage. Additionally, people should usually monitor the burn victim’s condition as they wait for medical professionals.