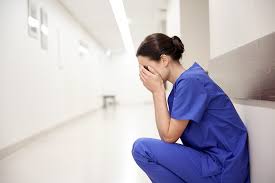 When you decided you wanted to earn your living working as a California nurse, you may have done so out of an inherent desire to help others. Regrettably, however, well-intentioned nurses are increasingly experiencing on-the-job violence, which is a more prevalent issue in most health-care settings than you may like to think.

According to Managed Care, violence against nurses has become so common nowadays that more than 20 percent of all registered nurses and nursing students nationwide report that they have experienced a physical assault at some point while at work. Verbal abuse, too, is a common issue in hospitals and other health care settings, with more than half of registered nurses and nursing students reporting they had suffered verbal abuse at some point within the last year.

So, who are the common aggressors when nurses experience on-the-job violence? In most cases, it is either the patients themselves or the patient’s family members who are acting out against nurses. In some cases, violence results because patients either do not want treatment or because they have existing anger or drug issues. In other instances, patients have disorders or mental illnesses that make them more prone to attacking nurses.

It also appears as if gender is a factor when it comes to how often violence occurs against nurses. Currently, close to 90 percent of nurses are female, and this plays a role in how female nurses are experiencing higher rates of workplace violence than their male peers.

This information about the prevalence of violence against nurses is educational in nature and not a substitute for legal advice.